“Happy birthday to the ground!” (but not this time).

For this project I needed to design a t-shirt that had a unique idea behind it. Part of this project was learning how to create a design using as few colors as possible, because when it comes to printing, the fewer the colors, the less I (or companies) have to pay.

This was the hard part. I found inspiration as I looked around where I was sitting or walking during the day. One day I was walking and thinking about the project and starting saying (in my mind) what I was seeing. I saw a rock. Then I thought, rock band. Oh that could be fun! Have a bunch of rocks playing instruments and it would be punny because it’s literally a rock band.

I really liked the idea of the dropped ice cream cone while the scoop safely floats to the ground. I wasn’t quite sure what it was saying though. It didn’t have a clear message, but really said so many things. “Be prepared.” “I’m gonna make millions on these babies.” It was like trying to make a meme. 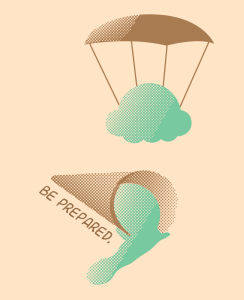 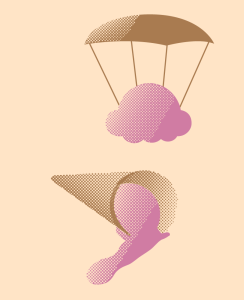 Getting feedback revealed there were many problems with this first draft.

Back to the drawing board

To be honest, I wasn’t terribly excited about the ice cream idea anymore. It didn’t “say” something right away. It was left up to interpretation and I like things to be clear. So I began to work of my other sketch of a rock band instead. 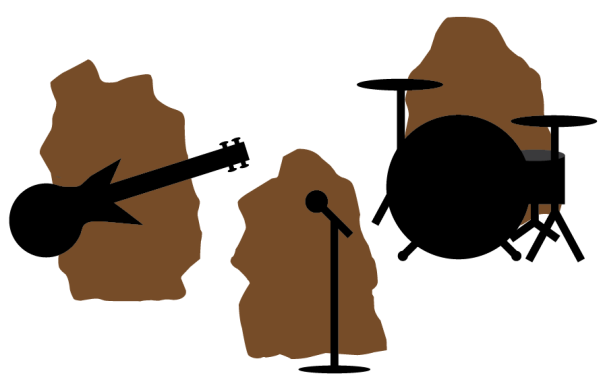 Which one would I carry out to the end? I needed to decide on one. I was given some great ideas from my professor about how I could add faces to the rocks like you would see in real life. They’re just shadows on the rock but those form the outline of a face. I could’ve stuck with this idea but in the end I went back to the ice cream because I was more excited about it. I also went back to it because I had thought of another idea.

I realized that I could have the scoop and the parachute in the top corner of the shirt, and the cone on the other bottom corner. I liked the idea of being able to separate my work across the shirt so I went back to refine my initial draft.

I began my adding shadows to the scoop. I decided to try solid shadows this go around instead of using dots. This is because I was referencing photos of ice cream scoops and they all had solid shadows, well of course they did, they’re real images.

Then I added the strings, this time making them thicker because if they were too thin, how would they hold the ice cream? (Not saying that my final design is realistic at all). 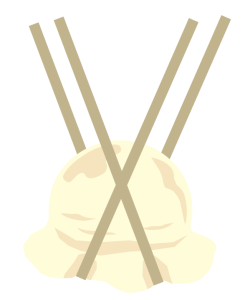 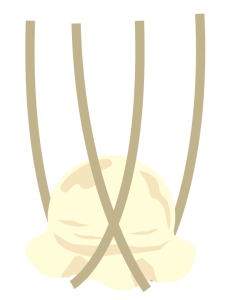 Then I referenced a parachute and that’s when I changed my strings to be curved.

The parachute was easy to make once I referenced how a real parachute looks and thought about how much tension would be on the strings. Then I realized the strings didn’t make sense how they were wrapping around the scoop. Do you see it? 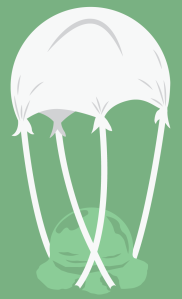 Not only did I mess around with the strings and figure out how they should actually work to hold up the scoop, I also added “chocolate chips,” a subtle shadow face to the scoop, and rotated the entire thing to imply more movement. 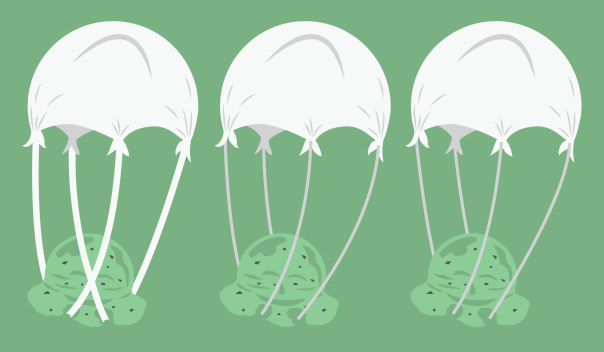 I added shadows to the cone and ice cream that is falling out of it. The cone needed some detail to show the criss cross that you would expect to see on a waffle cone. I only added enough lines to indicate that there were crossing lines throughout the cone, but didn’t add every line because that would’ve been too much detail and unnecessary to get the idea across.

The purpose of the project was to create a unique illustration for a t-shirt using as few colors as possible. I used exactly the limit of colors (5) for this project. Off-white, gray, green, dark green, and dark gray. I could’ve used less if I had incorporated dot shading and used the color of the shirt to shade, like I did in my initial draft. My final design meets the requirements for the project and the best part is that it’s a fun idea that can be interpreted many different ways. 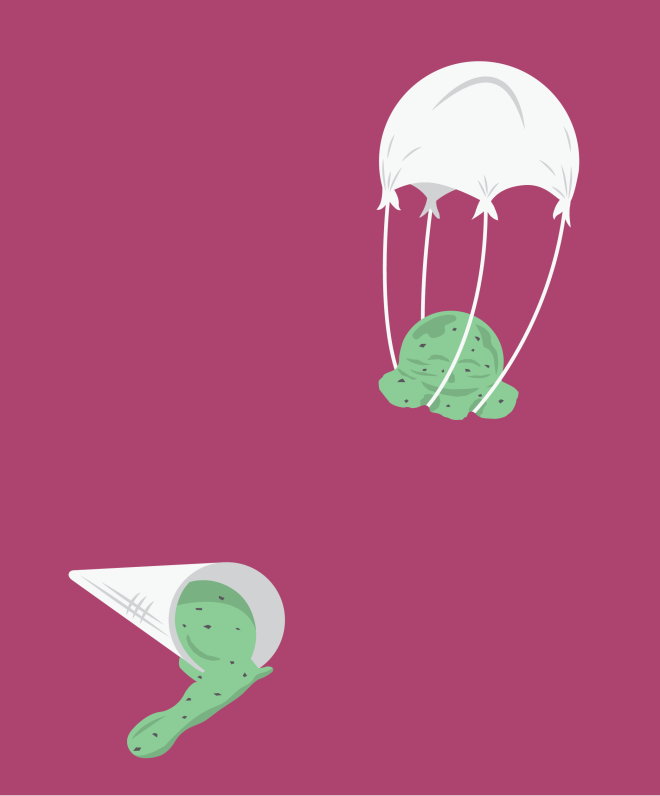 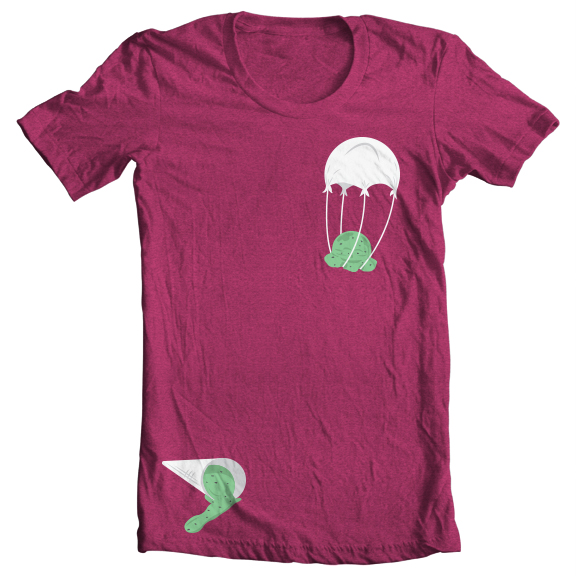